Jade and Jazlyn Diamond have grown up with Lemonade Day

For the past seven years, 12-year-old Jade and her sister, 11-year-old Jazlyn, have come up with a plan, organized a business around their lemonade stand, and made and sold gallons of lemonade. 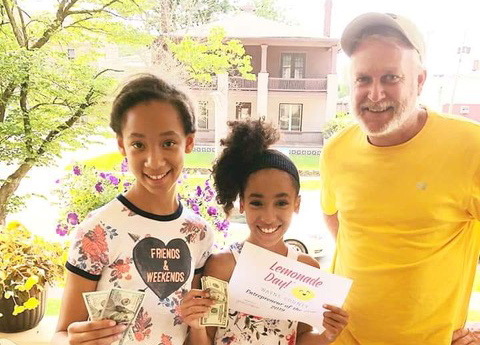 Jade and Jazlyn Diamond have grown up with Lemonade Day.

And the growth has been amazing.

For the past seven years, 12-year-old Jade and her sister, 11-year-old Jazlyn, have come up with a plan, organized a business around their lemonade stand, and made and sold gallons of lemonade.

Each year they improved their product and added to their stand. And each year sales grew.

In 2018, the two sisters, the daughters of Sophia Mitchell and Alfredo Diamond of Richmond,  won the annual Best Stand award given by Lemonade Day organizers. In 2019, they won Best Overall Stand.

“Lemonade Day has been a great learning experience,” Jade said. “We just started with an idea and kept changing it every year. We did different things, we experimented.”

“It has been so much fun,” Jazlyn said. “We definitely learned a lot and we want to do it again.”

From the start, Lemonade Day has been a family affair for Jade and Jazlyn. Their father, a local Realtor, trained them on business details while their mother built the stand and helped her daughters paint and decorate it, and then helped with social media marketing.

The last two years, the girls adopted a Hawaiian theme for their lemonade stand, based on Jade’s social studies fair project at Hibberd Middle School. Her project, the culture of Hawaii, included Jade’s take on a “tropical” lemonade.

“My parents and I tried it and it was really, really good,” Jazlyn said, "so we decided to do that for our stand. Then Jade and me started experimenting.”

They enhanced the Hawaiian theme wearing grass skirts and leis, and decorated their stand with plastic pineapples, flowers and palm trees. But they took their stand to another level in 2019, adding lemon, chocolate and vanilla cupcakes they made with their grandmother.

“People loved the cupcakes,” Jade said. “Several people tried them, liked them and then called their family members to come down and try them.”

Their blossoming business has always included donating their winnings back to the community. When they won the best of show cash prize they donated it, along with more than half their earnings, to the Genesis women’s shelter in Richmond.

“We chose Genesis because we know there are a lot of kids out there who need help,” Jazlyn said. “We wanted them to have toys and clothes so we decided to donate there.”

“The first few years we had stands we donated to Help The Animals but the last four years we decided on Genesis,” Jade said. “It is a really cool thing to know we are helping people.”

That’s just one of many lessons the sister learned from Lemonade Day.

“I learned how to be a better entrepreneur, how to greet people and talk to people,” Jade said. “It has been great fun and I feel very good about it.”

“Now we know what it’s like to be an entrepreneur on a smaller level,” Jazlyn said. “We took an idea, built on it and then put it into action.”

Jade now is building her own on line business selling lip gloss and lip scrub.

“I’ve been doing it for about a year and just started selling it to people other than my family,” Jade said. “In the future I would like to come out with a line of skin care products.”

As their business grew so too did their clientele. Their first stand was in front of their house on Sixth Street in Richmond. Mostly family members bought their fare. Soon they moved their operation to the Elder-Beerman parking lot and later to the Lemonade Day competition in the Depot District.

Last year they set up shop in Elstro Park in downtown Richmond.

“It has been really exciting watching our business grow and then donating money to the women’s shelter,” Jade said. “I’ve learned so much and can’t wait to do it again.” 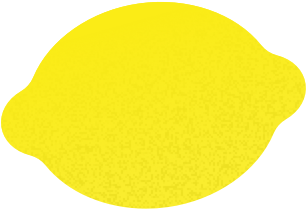