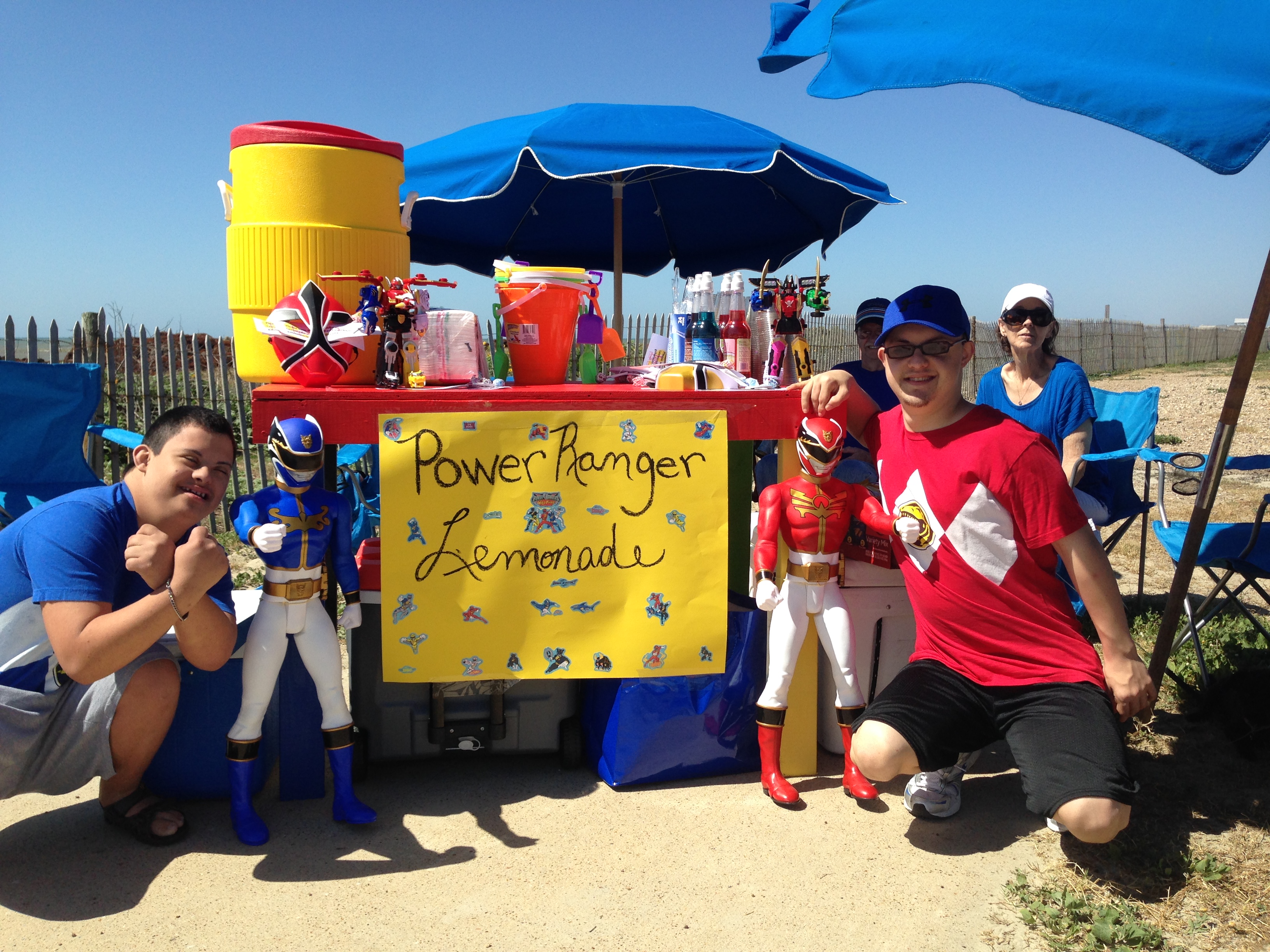 We believe that Lemonade Day has the power to serve and create a lasting impact on all cities and all kids. With Lemonade Day, youth not only learn the building blocks of running a business and being an entrepreneur, but they also gain confidence and improved self-esteem. Plus, it is a powerful way to bring a community together. A great example of all these traits and experiences is Victor Rodriguez.

Victor has set up his lemonade stand during Galveston Lemonade Day for the past five years and each year he is a positive presence that brings people together. Victor has Down syndrome and struggles to communicate verbally, but that does not stop him from interacting with his customers and being the boss of his business. Like most youth, Victor gets some help from a caring adult, his mom Cynthia Rodriguez, but she says she only helps get the stand set-up and then Victor does the rest. He believes without Lemonade Day he would not have thought about running a business, but now he gets to go out into the community and meet new people on a regular basis while running his own profitable lemonade stand. The US Department of Labor encourages entrepreneurship and self-employment for anyone with disabilities, and Victor is a powerful example of what is possible.

At the Team Victor stand, Victor offers fresh squeezed lemonade, along with a rotation of the following flavors: strawberry lemonade, country time lemonade and lemonade made with brown sugar instead of white. He also has baked goods such as brownies, pineapple upside down cake, and chocolate chip cookies. One customer loved his stand so much she shared her great-grandmother’s recipe for peanut butter cookies and now Victor sells those too! Victor asks for donations instead of individually pricing items, which allows him to be fully in control of the business and spend time interacting with his customers.

The Rodriguezes do not just set-up on Lemonade Day anymore; now, Victor decides when he wants to open, usually on days when he is not busy with other activities, and they head out to treat the community with lemonade, goodies, and a positive attitude. The stand stays open for 3-4 hours at a time, and his profits have ranged from $20 to $524. Once he is ready to stop, Victor cleans up the stand himself. His mom says he is very considerate with his money and is sure to put the donation jar away first!

Victor chooses what he wants to do with the earnings from each day, and usually it is a combination of buying something for himself and finding a way to bring people together. For example, sometimes he takes his class and teachers out to the movies and lunch, or this past year he donated to a surfing camp so that kids could learn how to surf. He also thanks his family for all their help by taking everyone to dinner, his treat. He even used some of his money to take a girl on a movie and ice cream date. One thing he gives to on a regular basis is the Galveston Houston Families Exploring Down Syndrome, a non-profit organization he is very involved with. Victor gets a great deal of happiness and pride from sharing his money and time with others.

This past year Victor was named Top Seller for Lemonade Day Galveston. He had two stands open on Lemonade Day and made $1,224 in total. The trophy he received is one of his most prized possessions. Cynthia says, “After he received his big trophy he slept with it next to his bed and the next day he carried the trophy on the school bus – our bus driver loves him. He took it to school with him to show all his friends, and the trophy is still at his bed side.” Confidence and pride are two themes that come up consistently with Lemonade Day kids. Confidence, pride, and maybe a little charisma, which have translated to other aspects of Victor’s life. In fact, his family recently went on a cruise and Victor won an award for “Most Handsome.” Wherever Victor went on the cruise ship, people recognized him and called out to him by name.

Galveston Lemonade Day 2017 was the last year that Victor will formally participate in Lemonade Day because he just graduated from high school. However, he loves running his own stand and being his own boss, so Victor has plans to keep the stand open and will continue to bring the community together. If you are in San Leon, you can find him in front of either Top Water Grill, Seabreeze or in La Porte at Junk Junkies. Lemonade Day has allowed Victor to interact with people that he would not normally meet, and it has allowed the Rodriguez family to find another confidence-building activity for their sweet and caring son. Cynthia says, “I love Lemonade Day Galveston because it brings the community together as well as families.  My family really enjoys coming together and helping him.”