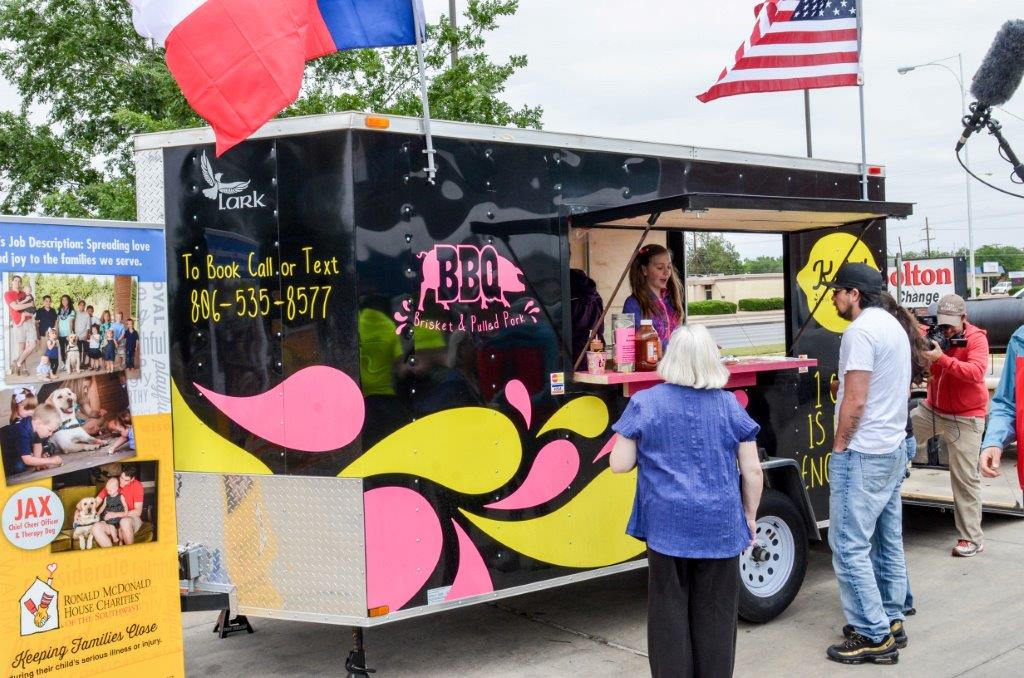 Katie started her first Lemonade Day stand in 2014.  Her bicycle had been stolen from her porch and she wanted a new one.  She heard about Lemonade Day at school and decided that was the ticket to earning money.  She talked to her uncle about helping her with the stand and serving as her investor.  He was skeptical at first but Katie proved herself willing to work hard and sell her fresh-squeezed lemonade like a pro.  She hired her staff, trained them, and paid them as promised.  She paid back the investment in her stand and took care of the landlord that “leased” the space for her stand in the parking lot of a very busy car wash.  Katie did so well that in the end, she had enough profit to buy her new bicycle, support her basketball team fundraiser, and give a nice donation to Lubbock Impact, her favorite charity.  The experience was good and Katie promptly began to plan for her next stand.

For Lemonade Day 2015, Katie was ready to up her game.  Her goal was bigger.  She wanted to go to the Texas Tech Lady Raider Basketball Camp.

Katie decided to add smoked brisket, pork sandwiches and her very own “Awesome Sauce” to the menu.  She also added marketing on Facebook and handed out her business cards proudly proclaiming Katie’s Lemonade, “as seen on Lemonade Day.”  Katie’s landlord liked the idea of having the stand again in year two because Katie helped create even more customers for the car wash.  Katie had a theory, “Adding BBQ was definitely a plus because the smell of the BBQ drew people to the stand and had them coming back for more!”  Katie achieved her goal and attended the basketball camp of her dreams.  She also contributed to Lubbock Impact once again.

In 2016, Katie went all out and took on a bigger risk with Lemonade Day.  No longer skeptical about her commitment, Uncle Larry helped Katie with a loan for her own catering trailer.  She got her trailer to the carwash on a rainy day and it was her marketing and reputation that paid off.  There was a steady line until everything was sold out.  Katie’s profit for the day was a whopping $1,200.

She thinks of herself as a full-fledged business woman now.  She evaluates what her customers want and gives them plenty of service.   She now does catering throughout the year along with her business on Lemonade Day.  Her goal is to pay off her trailer and save her money for college!