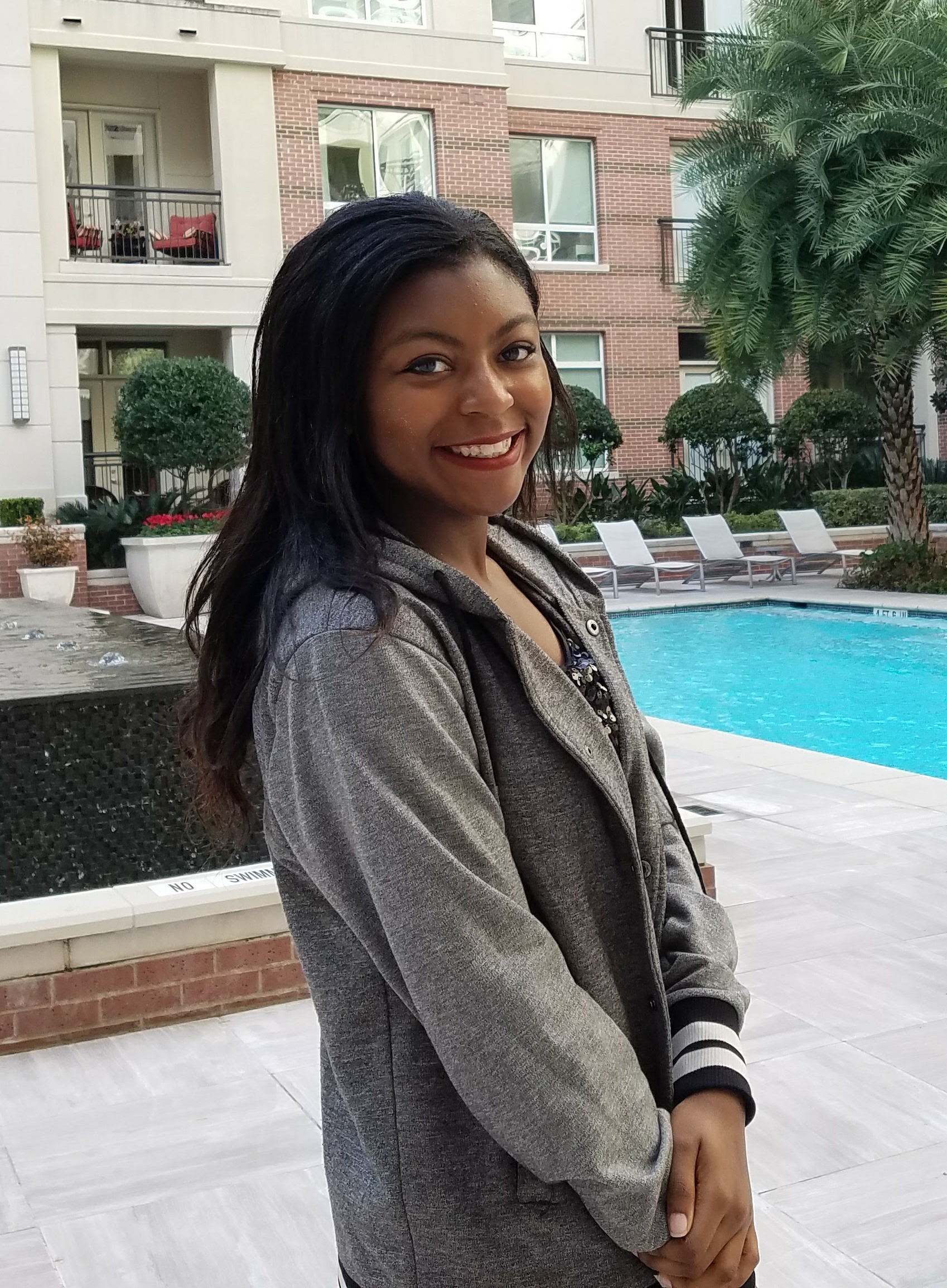 Jasmine Burrell is not your average high school student. She is president of her class, captain of the dance team, a member of the National Honor Society and the National Society of Black Engineers, and the external ambassador for her school, the Young Women's College Preparatory Academy. She has just finished her junior year, so college applications are top of mind. This summer she was accepted to a program at Washington University where she will take three college courses, and she is participating in short internship experiences to understand what different careers entail. On top of this, she runs her own business.

Jasmine’s entrepreneurial career began with Lemonade Day in 2008 when, as a seven-year-old, she set up her first lemonade stand outside of a Walmart in Houston. She actively participated in Lemonade Day for six years then began coaching younger students who were new to the program. Each year in the program, she grew more confident in her abilities as both an entrepreneur and an individual. Of the program she says, “I love Lemonade Day. I am eternally grateful. It really made me who I am today.”

For Jasmine, the Lemonade Day program allowed her to grow and find her footing in the world. “Lemonade Day impacted me because I was the type of person where I would try new things, but somebody else had to do it first. So when I started Lemonade Day, it was an opportunity to show people my personality and do things first.

"My first year, I did it with my church and family, and the next year I ended up doing it by myself. It really showed me how I can do the things I want to do, and how to go after what I really want to pursue,” says Jasmine.

After five years in Lemonade Day, Jasmine decided to start her own business, J’s Goodie Jars, where she sells homemade baked goods. She was inspired to start her own company because entrepreneurship was something that had always appealed to her and the lessons learned in Lemonade Day allowed her to understand what it takes to run a business. “Being able to be a boss at 13 years old really caught my eye,” she says with a smile. The business became official when she was just starting her freshman year of high school and has now been operating for three years.

Currently she purchases, bakes, and distributes the products with the help of some trusty drivers who chauffeur her around while she works on getting her driver’s license. Even though college is only a year away, she is working this summer to build her company. The next step is to expand into a commercial kitchen so J’s Goodie Jars products can be distributed to restaurants. Jasmine is working to get her food handlers license, then she will pay for space at a commercial kitchen and market her baked goods out to the public.

Reflecting on how far she has come since she started Lemonade Day nine years ago, Jasmine says, “The program taught me how to build a business and be a boss. You can’t expect everyone to do everything and you do nothing. My second year, when I did it by myself, I realized you have to be able to do it all when you are running a business. Lemonade Day really opened my eyes to who I am as a person because I can no longer rely on just being the cute little girl saying, ‘Hey can you buy my lemonade?’ At some point, all of us have to grow up, and it taught me that I can do this. It taught me how to be myself, and it gave me the skills to be able to deliver.”

Next up, Jasmine is figuring out where she will go to college. She wants to leave Houston and experience something new. Her plan is to study biomedical engineering, with hopes of starting her own research company. To Jasmine, there are certain areas of medical research that are not being adequately studied, and she knows there are advancements just waiting to be uncovered. She feels working at an established company would not allow her to research her passions, so as any true entrepreneur would, she plans to set out on her own.

Like most high school students, she caveats her plans, saying these are her plans for now but things could change. However, there is no doubt she will do something substantial and the lessons from Lemonade Day will stick with her. “You know how you are going through life and you don’t realize how big the big moments are until they pass? I didn’t realize how big of an impact Lemonade Day would have on me when I started. I didn’t realize that I would have such a great time, that I would become this really different person, or really that I would become who I was always supposed to be. I grew up in Lemonade Day, and if I could go back, I wouldn’t change anything.”