Other than having a great last name, Martin Shampaine is a great marketer. In the 1980s, as the marketing manager of Sports Illustrated, Martin had an idea. And it was one that would change marketing, publishing, and a whole lot more.

What was his idea? 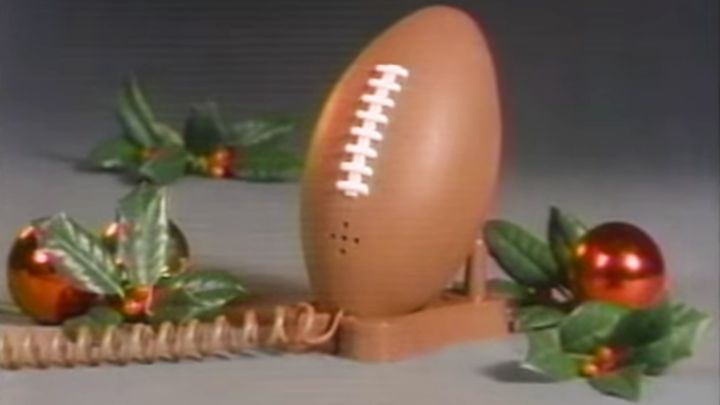 Before we get to the football phone, we want to focus on one particular element of Martin's story. That is, how do you deliberately come up with a brilliant idea?

Martin was recently the subject an extensive, and excellent, Rolling Stone article detailing his time at Sports Illustrated. There's a link to the actual story below but, after some internal discussion, we decided to not share the story on social media or here. The story itself is fine but there are some questionable links on the page and, as a children's charity, we have to be careful.

How to Find the Right Idea

People have problems. Challenges they confront, obstacles to overcome. In some cases, time and direct confrontation resolve peoples' issues. For entrepreneurs, many problems are only solved with an idea. They actively search for the next idea for a product or manufacturing process. In the case of Martin Shampaine, he needed to sell a lot of magazines. He needed a great marketing idea. So he did what many brilliant people throughout history have done when they needed inspiration. He left the office and took a walk.

Interact with the World for Inspiration

While walking through Time Square, just a short distance from his office, Martin thought over a problem he had been grappling with. One of his duties included overseeing all direct-mail marketing for Sports Illustrated. A number of companies at the time were seeing success offering "premiums" to customers to entice them to sign up for a service or purchase a product. Clock radios, cheap binoculars, or VHS tapes of bloopers were common "premiums", according to the Rolling Stone story. So far, Martin's attempts to persuade people to subscribe to Sports Illustrated had been largely unsuccessful.

He needed something new that would simultaneously be appealing and cheap to produce. As he searched various grey market electronics stores, Martin wasn't quite sure what he was even looking for. That's when he saw something strange. A phone shaped like a frog sitting on its hind legs. And that's when he asked himself a very simple question. "Would people want a phone shaped like a football?"

Yes. The answer was a resounding yes. As the Rolling Stone article notes, Martin's football phone "proved to be one of the most successful marketing campaigns ever executed in American media." While the public was clamoring for football phones, Martin and his employer, Time-Life Magazines, had another problem. They didn't even know if they could make a working football phone.

Before they could unleash their new campaign, various Time-Life executives flew to China to help perfect the football phone manufacturing process. It took months but, in the end, the company was able to make their novelty phone for $4 a unit. When used as an exclusive "premium" to entice people to purchase a $55 subscription to Sports Illustrated, the profit margins were huge. According to Rolling Stone, between 1986 and 1991, Sports Illustrated gained 1.6 million new subscriptions, thanks largely to the football phone.

At this point, you're probably imagining Martin as a grizzled, veteran marketing executive. Of course, you'd be wrong. Martin was just 26 years old when he had the idea for the football phone. For his success, he received a bonus though he told Rolling Stone that he doesn't remember how much it was. By 1996, Martin had become a senior vice president in Time Inc., then one of the world's largest media companies. He left the company in 2004 and currently resides in Washington D.C.

Link to the Rolling Stone story can be found HERE.